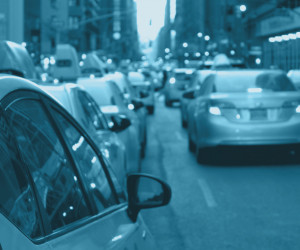 In January of 2009, people hailed cabs in NYC by sticking out an arm. Uber- was a prefix or at best a slang word that denoted an outstanding or supreme example of a particular kind of person or thing. It was popular with and used primarily by age groups 12-25. Examples included ‘an uber concert’ or ‘an uber-fancy party.’ I am aware of the way this age group used the term because I had two teenagers in the house at the time, who spoke this way constantly.

By 2010, people in San Francisco began hearing about a new dispatch service called UberCab1 that allowed users to request a cab from anywhere using a smart phone app and ‘within minutes a professional driver in a sleek black car arrives curbside’ The service’s option of ‘hassle free payment’ using the app was its biggest value proposition2.

As word of this UberCab spread, people downloaded the app and used it to request black cars instead of cabs. The San Francisco taxi operators began to lose market share, so not surprisingly, began to litigate. By late 2010, the startup was forced to change its name from UberCab to Uber3. In 2012, it launched a new service called UberX that gave users more options, a cheaper price point, and gave those disgruntled taxi operators the ability to capitalize on its unique dispatch service. Now users could request either a yellow cab or a black car from Uber’s app4. Later that year, Uber eliminated the yellow cabs from UberX and began dispatching a regular car driven by a regular* person3. Rideshare, as we refer to it today, was born.

Today the word uber has not only become a synonym for the word “taxi”, but has also morphed into a verb4. People in NYC hail ubers, or they uber to their destination5. The company, Uber Technologies had grown in ten short years, prior to its IPO in 2019, to become the highest valued private startup company in the world3. This is fascinating stuff, but you may be wondering what it has to do with EDI?

Electronic Data Interchange, (EDI), is a concept and practice that has been around since the 1970’s. Much like the process and components of cab riding in 2009, the components and standards of a typical configuration of an EDI environment haven’t changed much in decades. And why should they? Manufacturers have data in its internal format in the ERP, a translator converts it to EDI format and communication software or network connects, translates and transmits the data to the receiving company (trading partner). This electronic process saves time and reduces errors over manual processes. The layer that translates the sender’s preferred communication protocol into the receiver’s preferred communication protocol is the piece that has become more and more complex. For this reason, translation software, whether in the cloud or on-premise, is expensive.

With the Uber story in mind, what if there was a way to improve the traditional components and process of EDI, the way Uber improved traveling by cab? With SIG EDI, manufacturers who rely upon EDI as a critical aspect of their business can reduce the risk of communication failure, while also decreasing the complexity and maintenance cost of their EDI environment. Using Single Map Translation, SIG EDI can load raw EDI data directly into QAD’s eCommerce and eliminate the need for all the multiple layers and costs in typical EDI.

Now that’s what I call a disruptive change, and dare I say it…uber-useful.